"I'm walking on a tight rope , arms stretched to the sides, like an acrobat , without a safety net. I am suspended between heaven and earth, step by step I keep a balance, but any little mistake I fly. “

This is a song that I composed, and it's called "Bahlawan", which means Acrobat in Arabic.

It's an autobiographical song about the reality of an Palestinian woman who comes from a sector affected by patriarchy and discriminates on the basis of gender, and moves into a sector ailed by racism and discriminates on the basis of nationality . This woman walks the tightrope stretched over a deep chasm and must somehow maintain balance and survive, despite the mad winds beating her (me) from all over.

I really feel this is the reality of Israeli Arab woman . They need to walk a very thin line from birth. It starts at home, with the conventions regarding women in the Arab sector.

I'm not saying I come from a religious family or a backwards community, not at all.

I come from a modern village, the percentage of academics has always been very high . A village where you cannot really distinguish who is Christian, Muslim, Druze due to lack of significant religious symbols .

But still, a girl learns from an early age that there are things her brother may do, and she may not . Male dominance is commemorated and glorified everywhere . The sister will always be asked to make a sandwich for her brother, even if he is older and very much capable of spreading chocolate on bread . But there it is , "Do for your brother" , then the natural sequel: "Do for your husband."

When an Arab woman kicks these most basic conventions, she faces slander in the best case, and in the worst case: violence and even murder.

So, is it any wonder that our girls are hesitant to speak up ?

On the other hand , those that dare , those that demonstrate a willingness to obtain -at a very high social cost- individual freedom and liberty to decide their own fate, usually find themselves emitted from the Arab community into the general Israeli surroundings , the so called “modern” and “enlightened” Jewish community, that welcomes them with open arms, " Come, We do not judge you according to gender here , you're free of this burden . "

And I 'll tell you from experience , the thought of finding an environment that won't judge you on every word , every move , every act of any behavior or thought is pure bliss.

But is that so? Has the “village outcast” finally come to blissful peace of mind?

Facts are that Arab students with a Middle Eastern accent fail to find an apartment in Tel Aviv or be accepted for work .Just recently a Muslim girl wearing a headscarf was attacked at a bus stop, and a pregnant school teacher attacked by religious Jewish boys.

“But why go to extremes?” you're probably thinking .”Why bring these extreme examples ?” Ok, I want to share my almost daily Facebook reality with you: " people like you spit into the well they're drinking from” , "You have 22 Arab countries to choose from, go there. " , " better shut up you ungrateful one, I'd love to see what they would do to a woman like you in Iran " , "You are a nation of barbarians , we revere life and you educate for murder " ," no Arab man would touch you, so you come to us with complaints " , " Go to Abu Mazen to pay you Social Security . "

All revolutionary Arab woman in Israel are acrobats, each one of them needs to be a whiz at balancing tricks to avoid the attacks of the sectors to which she belongs, while there's a big question mark hanging over her sense of belonging in the first place, where DOES she belong ?

I return to my song. At the end of a performance, people come up to me and often ask – In the translation you said with any little mistake “I fly”, you meant “might fall” right?

Then I say , no. It was not a mistake , it was precisely the intention. Although the song talks about the delicate situation that requires great care , the reality is that we are also extra cautious in our revolution .

If I compare all gender definitions to eggs, then we are stepping on them extra carefully, as if not to crush them for those who still want to incubate them! Even when we throw all conventions against the wall , smashing them to pieces , we are still careful not to step on the fractures and hurt our feet.

I actually think that if we stop keeping guard , if we stop worrying about the consent of the our surroundings, If from above that dangerous high rope we decide to stop considering all the nonsense , if we dare to be ourselves , if we would firmly take a step over the abyss, we will discover that we do not fall , but on the contrary: we soar , we grow, we fly. 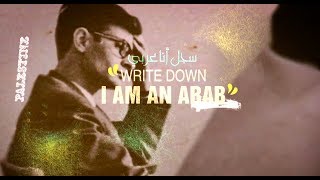 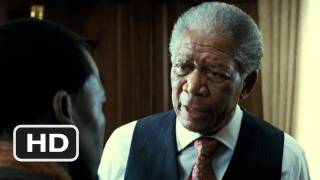 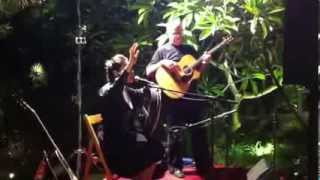 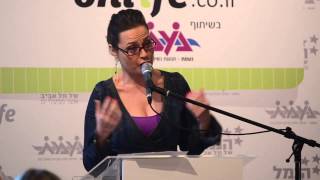